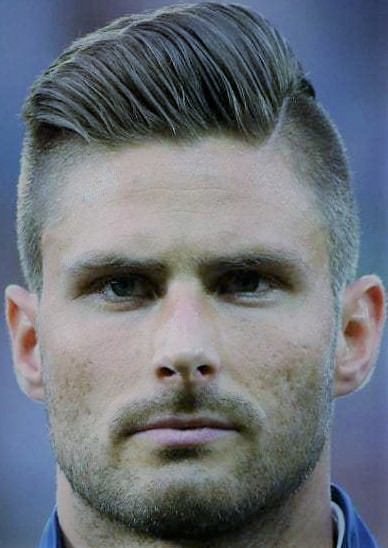 Olivier Giroud Haircut – Before and After World Cup

Olivier Giroud is a famous soccer player whose career picked the top in 2018 when France won World Cup. Giroud haircut was an attraction on the green field. He was also one of the most important players in the team. He is playing in attack, but he is not scoring many goals. Most of the goals he does with a head, that why Olivier Giroud haircut is famous. He is a different type of attacker, robust and powerful player who can get in possession of the ball and then make a pass to the players who scores goals. The 32-year-old player is currently playing for Chelsea. 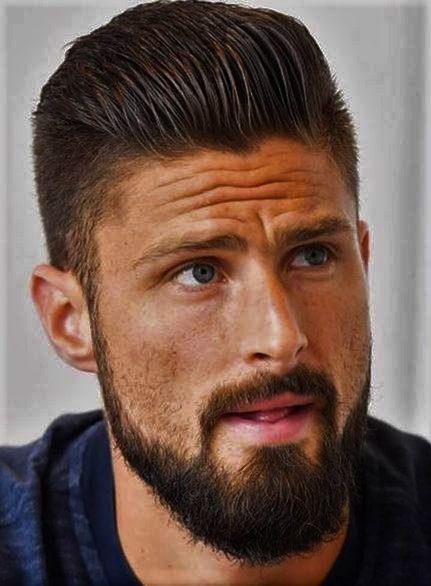 France stepped on the throne and took World Cup trophy. But Olivier Giroud haircut was as popular as France. The striker wears a fancy wet hairstyle. On the sides hair is short and on top is a long hair which needs to be wet. 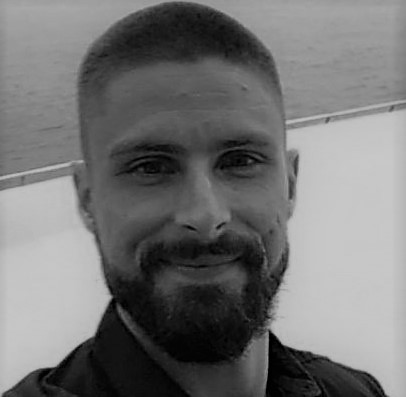 Many female fans of France and Olivier Giroud were sad when the Chelsea striker shave all hair. He did it because he is the man of his word, he said before the final match against Croatia that if they win, he will shave his famous hair. France won and Olivier shaved his head. Don’t be sad, we all know that hair grows fast, and he is already close to his regular Olivier Giroud haircut.

This is one of the versions of his favorite hairstyle. Extremely short hair on the sides and long hair on the top, but in this version you should comb your hair slightly on one side, not directly up like on the World Cup edition.

Beard and Sides in Same Length 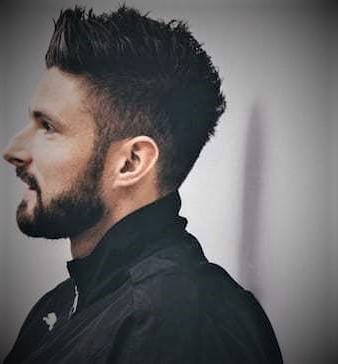 Very popular hairstyle of Olivier is the one where his beard is in the same size as his side hair. This haircut gives an attractive visual effect. 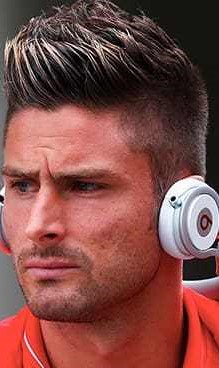 Soccer players love to add some weird colors to their hair. Olivier Giroud had blonde wisps at one time. You can see by the picture that this haircut was in his early days, maybe even ten years ago when he was maybe like 23 years old.

The best way to explain to your barber to get this kind of haircut is to tell him to do the Olivier Giroud haircut. Every barber knows this hairstyle thanks to France for winning the World Cup.