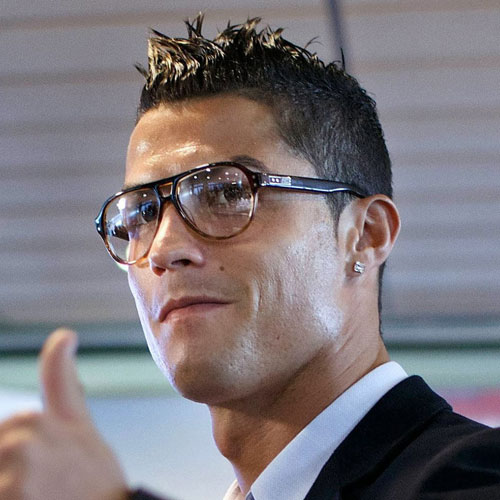 Cristiano Ronaldo has the same haircut for many years. Thanks to the haircut he is so dedicated he can transfer in different variations without too much trouble. Because of that, fans all over the world think that CR7 has a new haircut. But in reality, he just combed it differently. With Cristiano Ronaldo haircut you can transform into a different hairstyle every day.

Lots of Wax Comb Over and Heavy Undercut 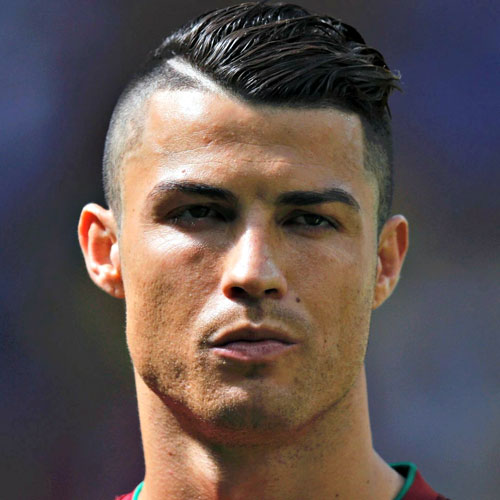 One of the most famous Cristiano Ronaldo hairstyle is with lots of wax which makes the haircut consistent and on a place even when he scores goals with his head.

The Design on A Undercut 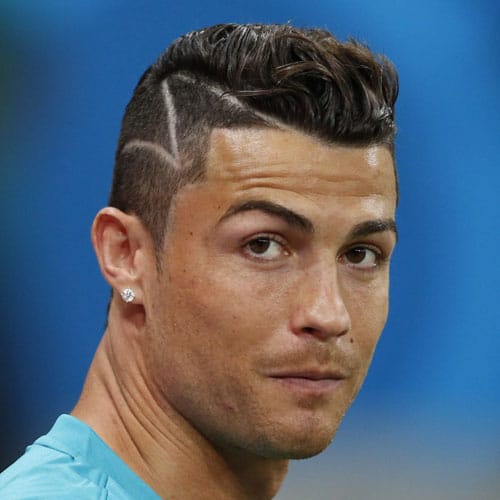 Ronaldo loves fancy stuff, and because of that, we remember him wearing a cool fancy line on both sides of the undercut.

Slick Back without Strong Undercut 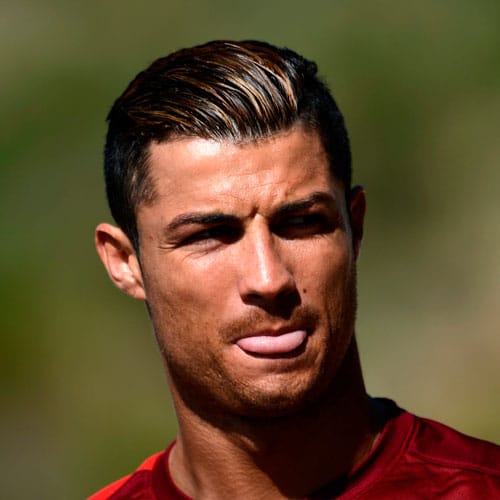 In this picture, you can agree with me that this is one of the most serious versions of Cristiano Ronaldo haircut. You can see a golden color on the front of the hair which gives a glowy touch especially under the sun. And when playing soccer, he is mostly under the sun, because of that little trick CR7 looks so good on the field.

Undercut with Comb Over Spikes 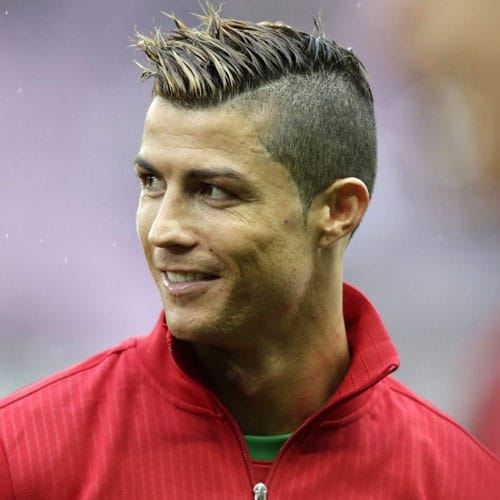 Cristiano Ronaldo loves the modern haircut, and without a doubt this haircut is trendy and stylish. You can also notice the same golden color on top of the spikes which again gives a specific touch to the haircut under heavy sun.

When Cristiano Ronaldo is given rewards, trophies or is announced the best player in the world he combs his hair in a style. He can no longer wear a goldy touch on the top. The wax is present in enormous dosage to make the haircut look wet and clean.

For 2019 we can not be sure what Cristian Ronaldo will decide with his hair, but there is a high chance that he will be keeping the same hairstyle with different variations. Most probably Ronaldo will have a period with hair designs on the undercut because this type of hairstyle is extremely popular among football players.